The prevalence of Freudian readings of Sherlock Holmes, and the tensions they engender in the adapted narratives that make them, is a subject I have touched on before (also here). It was about time, then, that I read Nicholas Meyer’s The Seven-per-cent Solution (1974), a shortish novel (221 pages in the Coronet 1975 edition which I will be referencing in this post) bringing the fictional detective and the real psychoanalyst together in an entirely fictional way.

In a sense, the novel is an adaptation of Doyle’s famous story “The Final Problem” (TFP), in which he (temporarily) killed off the detective at the Reichenbach Falls in a conflict with Moriarty. It didn’t quite happen like that, is Meyer’s contention. In fact, Moriarty was a harmless Professor of Mathematics whom had become the focus of Holmes’ paranoid fantasies, and Watson and Mycroft (Holmes’ brother) had tricked Holmes into travelling to Vienna to have him checked out by the eminent Dr. Freud. Still less than half-way through the novel, I am not yet sure how they get Holmes to Reichenbach Falls (or if he does end up there in Meyer’s version, as opposed to it being a product of his paranoid imagination. But Vienna is close-ish, the same part of the world, so I anticipate he probably does end up there.)

So the conceit of the novel is fantastic. There is a real philosophical and history-of-ideas interest in the juxtaposing of these two characters: the embodiment of late Victorian Heroism, unemotional and sexless, and the radical Austrian psychologist, upending with lasting effect all previous conceptions of humanity to place sex squarely at the centre of it all. It’s because of Freud that Holmes seems so alien to us (while remaining such an attractive figure.)

Meyer opens with the age-old “found manuscript” gambit. A late dictated text from Dr. Watson, found in an old house that had gone up for sale. This appeal to authenticity allies the book with “the game“, in which Sherlockian scholars treat Holmes and Watson as real people, and Doyle as their literary agent, and all the stories as real happenings, which just have to be put into a correct order to resolve the contradictions Watson left in them (these contradictions being explained by Watson’s need to protect the real identities of his subjects, his forgetfulness, in a couple of cases the stories are deemed to be forgeries not really by Watson, and so on). Dorothy Sayers famously wrote that:

The game of applying the methods of the “Higher Criticism” to the Sherlock Holmes canon was begun, many years ago, by Monsignor Ronald Knox, with the aim of showing that, by those methods, one could disintegrate a modern classic as speciously as a certain school of critics have endeavoured to disintegrate the Bible. Since then, the thing has become a hobby among a select set of jesters here and in America.

But the exponents of the game are many, and are by no means all jesters. Many take it very seriously indeed. Meyer is clearly very familiar with the game, and he takes part in it in Seven-per-cent. For example, Watson as narrator in this novel identifies Doyle’s stories “The Lion’s Mane”, “The Mazarin Stone”, “The Creeping Man” and “The Three Gables” as “forgeries”, and also as “drivel” (17).

The novel proper opens with Holmes arriving at Watson’s practice wanting to speak to him urgently. Holmes’ dialogue during the meeting is filled with nods to Doyle’s stories: references to Reade and Richter, complaints about the lack of high quality crime, and, most centrally, the following direct lift from TFP:

For years past, Watson, I have continually been conscious of some power behind the malefactor, some deep organizing power which for ever stands in the way of the law, and throws it shield over the wrong-doer. Again and again in cases of the most varying sorts — forgery cases, robberies, murders — I have felt the presence of this force, and I have deduced its action in many of those undiscovered crimes in which I have not been personally consulted. For years I have endeavored to break through the veil which shrouded it, and at last the time came when I seized my thread and followed it, until it led me, after a thousand cunning windings, to ex-Professor Moriarty of mathematical celebrity.

On one hand, this is a pretty dramatic and forceful speech; on the other, I have always felt it to be something of a jumping-the-shark moment in Doyle’s Sherlock Holmes tales. While the early Holmes were all about the presence of seemingly inconsequential details in often very everyday stories, and the finding of unexpected interesting elements in mundane setups (in the early Doyle short stories, there are very few murders, and in several cases no crime to speak of.) I’m thinking here of a story like “The Red-headed League”: a curious tale whose mundanity is broken only be the comical but hardly sinister detail of the bequest for the man with the best red head! “Copper Beeches” is another classic in this regard. A mundane setting with a few curious details, hiding a very particular set of circumstances that the general reader can hardly begin to guess at.

But now in TFP Doyle gives up the great sense of specificity and eccentricity that attended these early stories by positing an antagonist, an embodiment of criminal evil for Holmes. This is standard narrative stuff obviously, but to me it’s a much less interesting approach than the earlier: from the notion all situations are uniquely interesting; we move to the notion that all crimes are one, with Moriarty at the centre. It’s almost like a move from empiricism to religious thinking; from attention to detail to reliance on symbolism.

So given my take on this, I enjoy how Meyer subverts it here. The preposterousness of Holmes’ idea here is made manifest; in seeing Moriarty everywhere, he’s not noticing a true unified pattern in crime, he’s exposing his own cocaine-fuelled paranoia. This becomes increasingly clear in the second chapter, wherein we meet the real Moriary. He gets in touch with Doyle to complain querulously about Holmes’ following him around for no apparent reason. All of this is much better than Doyle’s own conceit!

It is also clear from the start that Meyer feels the need to rehabilitate his narrator, i.e. Watson: “Students of my work have seen fit to remark that the man who wrote them was ‘slow’, a dullard, hopelessly gullible, totally without imagination, and worse. To these charges I plead not guilty […]. [B]eing in his company often made one feel dull whether or not one possessed a normal intelligence, which, by the by, I believe I do.” (55) Here, again, Meyer is probably showing his familiarity with Sherlockian scholarship, which has long taken exception to alleged popular misconceptions about Watson’s character. This is solidified in the famous Rathbone Holmes films of the late 1930s and the 1940s, wherein Nigel Bruce played an entertainingly imbecilic, comic-relief Watson. One can imagine the nods of satisfaction from Sherlockians on reading in Meyer an author ready to give Watson his due. 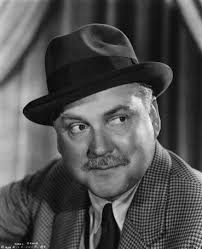 As I write, I haven’t yet read to the meetings between Holmes and Freud. This will be the meat of the book, and will decide whether it really lives up to the promise it has shown. There is room for a truly profound work in the Holmes-Freud nexus. Seven-per-cent has started well, promising to be a better solution to the problem of Holmes than Doyle himself found in TFP, a book that couldn’t have been written without Doyle, but that Doyle certainly couldn’t have written.

One Comment to “Freud meets Holmes: The Seven-per-cent Solution (1974)”

Taking on Fascism and Racism from the Ground Up.